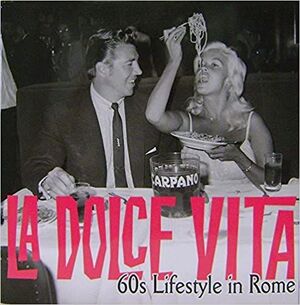 When Fedrico Fellini first began shooting his film in the Via Veneto, he probably never imagined that he would create a new era in fashion and in world cinema. At the end of the 50s, Rome had become a crossroads, witnessing the transit of international stars, famous singers, actors, emerging stars, starlets, the sex symbol industry, politicians, princes, princesses and billionaires. With these players, Italian nights became the symbol of a "sweet and lazy" way of life, made up of fashion and gossip, paparazzi and tabloid scandal, relationships and forbidden love. From Rome to Portofino, from Capri to Venice, the Italian jet set was the epitome of this phenomenon. A new photographic book tells the story of those Italian years and its unforgettable icons, from Fellini to Anita Ekberg, Ava Gardner, Liz Taylor, Brigitte Bardot and Soraya. Documenting, amongst other things, striptease and elite parties, the book includes 600 rare images rediscovered and selected from Scalarchives in Italy and Europe to accompany the text by Italian journalist Marco Gasparini.